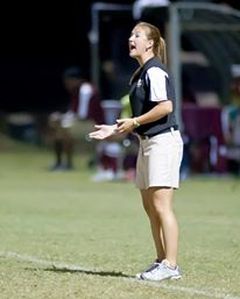 Saunders is entering her first season as an Head coach with the Lady Tigers.

Prior to AUM, Saunders coached at Darlington School Soccer Academy from 2008 to 2010 and was one of the founding assistant directors of the Propeoseption Endurance Balance Agiligy (PEBA) strength and conditioning program.

Saunders graduated with her bachelor’s degree in athletic training and is currently pursuing her Masters of Education in Sports Management.